Today is the start of a new era for Ford. Today, the company gave rebirth to its iconic off-road beast with the third generation F-150, first introduced in 2009. With the first generation designed to speed through rough terrains, this new model is going to take things to a whole new level. Ford’s latest architecture of the F-150 keeps all the desired features of the original raptor plus, integrates advanced technology, giving their drivers a unique user experience.

The Raptor has always been a modified F-150, but this latest model differentiates itself more than ever before in its bid to be even gnarlier off-road while retaining the road-legal Baja look from the original truck.

The redesigned running gear is key to the new F-150 Raptor’s prowess. Program Manager Tony Greco says the team knew the rear suspension needed to grow, but there was nothing in-house to grab, so they designed a purpose-built new five-link, coil-sprung, live-axle rear suspension to provide more control and put power to the ground with greater confidence over rough terrain at high speeds. This was an area MotorTrend felt needed addressing. During a trek along Canada’s Trans-Labrador Highway, our editors found the Raptor could not find grip at the rear end as the axle was skittering over every bump and tossing the truck sideways.

“The suspension allows us to not only get bigger wheels and tires on the truck but get torque to the ground because it’s not pitching the axle anymore,” Widmann says.

Part of what makes this the most differentiated Raptor from the F-150 it’s based on, is 15.0 inches of suspension travel in the back and 14.0 inches in the front, Greco says. Wheel travel has increased 25 percent from the original 2010 model and an inch more than the current model (note that with the 37-inch tires, travel is restricted to 13.0 inches in front, 14.1 inches rear).

After fixing the frame and suspension, the Raptor team focused on shocks that are bigger than ever, with thicker tubes and double the damping control. The truck with 35-inch tires gets its own set of shocks, while opting for 37-inchers also brings unique shocks to cope with the rollers’ greater unsprung weight and slightly reduced travel.

Next-generation Fox Live Valve internal bypass shocks with electronic control technology soak up giant whoops and landings by adjusting the damping depending on the position of the wheel in its travel—even if when the truck is airborne. There is an extra inch of rebound travel, as well.

The race-proven shocks are designed to better resist heat buildup and react faster to terrain changes at desert speeds. Sensors take readings to independently change damping rates at each corner 500 times per second. In essence, the truck responds before the driver’s brain even registers the terrain change, engineers say.

We are told Ford revised the 3.5-liter twin-turbo V-6 to improve performance and reduce emissions. It’s paired to a unique induction system from Ford Performance. The new exhaust design allows for Quiet mode (to appease the neighbors) as well as Normal, Sport, and Baja, the latter two rumbling like a V-8. The new induction system also broadens the torque curve; low-end torque is expected to come up, but peak numbers should remain similar, Widmann says. We don’t have horsepower and torque figures yet. Widmann says they will continue to tinker for a few more months to optimize them before specs are released. The prototypes are getting about 500 miles per 36.0-gallon tank.

The engine, mated to a 10-speed automatic transmission, does allow for increased towing and payload capacity. Both increase by 200 pounds, to 8,200 and 1,400 pounds, respectively.

Ford’s Terrain Management System has seven modes, including Sport, Rock Crawl, and Baja, and the Raptor has a one-pedal drive mode that coordinates acceleration and braking from accelerator-pedal movement alone for more control off-road. Trail Control, which is standard, is a form of cruise control at low speeds for the trail. Press the button on the center console, and it manages throttle and braking; the driver only needs to steer.

Inspired by the Fighter Jet

The third-generation Raptor styling was inspired by an F-22 Raptor fighter jet, exterior designer Tom Liu says, adding that he was going for a sense of American power and might. To that end, the Raptor, which is already 6.0 inches wider than the F-150, has the bumper pulled out to look even wider, with a huge upright, blacked-out grille, new LED headlights that stretch across the front, menacing daytime running lights, the aforementioned fog lights integrated into the bumper, and darkened taillights. The new skidplate underneath is wider, with three ribs designed to be functional while looking cool.

The jet fighter theme can be seen in the power dome hood with a new heat extractor and functional side vents designed to look like aircraft intakes.

Two exterior graphics packages are available; one has a diamond pattern that mimics a jet’s afterburner, and it incorporates a QR code. The other graphic has trail maps.

Hop Inside, Settle Into Bolstered Seats

All the Raptor seats have unique foam and trims. The base seat is fabric and leather with large upper and lower side bolsters. Higher trims have suede accents, and you can opt for Recaro bucket seats. The front seats are set up to Ford Performance specifications for how the bolsters and seat backs react to you. Top Raptor 37 models get Recaro seats in Light Speed blue leather with Code Orange stitching and accents. Customers can opt for coined aluminum or carbon-fiber trim packages. Overall, the Raptor has three trims and three available packages, including one that is edgier and more aggressive. A work surface between the driver and passenger has storage below. Lockable storage can be found under the fold-flat rear seats.

A new Ford Performance steering wheel has controls to access exhaust system modes and drive modes, and, of course, it has paddle shifters.

Look up for the auxiliary switches in the overhead console, one of which gets factory-assigned to the inboard pair of Rigid-brand front fog lamps. In front of the driver are Raptor-specific graphics on the digital instrument cluster, off-road data, and turn-by-turn navigation in a 12.0-inch screen, with a second 12.0-inch center screen from the conventional F-150. The Raptor has Ford’s Sync 4 infotainment system, which offers traffic information, wireless Apple CarPlay and Android Auto, and a 360-degree camera. There are four USB charging ports, two in front and two in the back seat of the cab. The truck can get over-the-air updates, including future trail maps and trail turn assist, a function that will help the truck turn tighter off-road by braking the inside rear wheel to make the truck pivot around that point.

The Raptor gets the 2.0-kilowatt Pro-Power Onboard generator, a feature of the new F-150 and a game changer for providing power in the middle of nowhere. It is popular on the F-150 and expected to mirror that on the Raptor. The optional power-up/down tailgate, tow package, optional electronically locking rear differential are also brought over from the F-150 (with an optional Torsen limited-slip diff added for the front). For the 2021 model, Ford has tried to simplify the options.

Safety comes in the form of Ford’s Co-Pilot 360 2.0, which has added improved parking assistance and is equipped to add Active Drive Assist, which allows hands-free highway driving, later in the model year via an over-the-air update.

New Beginnings for the Lastest Raptor

“We think Raptor will be just as popular as ever,” Brian Bell, F-150 marketing manager, says. The truck has a great customer base who will appreciate that Ford has honed in on the off-road performance. “We see the off-road market growing, which is why we introduced the Tremor package.” The 2021 Ford F-150 Tremor expanded the lineup, outfitted for off-roading to fill the space between an F-150 with the FX4 package and the new Raptor.

And there is room to grow Raptor with the high-performance R model coming next year. “It will help us expand the lineup to those customers looking for the next level of performance vehicle, kind of like we did with Shelby with the [Mustang] GT350 and GT350R, that same kind of relationship,” Bell says. “It will have a V-8 engine in it.”

C8 Corvette Aims to Turn Industry on its Head Chevy has finally announced the new Mid-Engine Corvette   Last night, one of the biggest announcement in muscle car history happened. Chevrolet finally unveiled it's next… 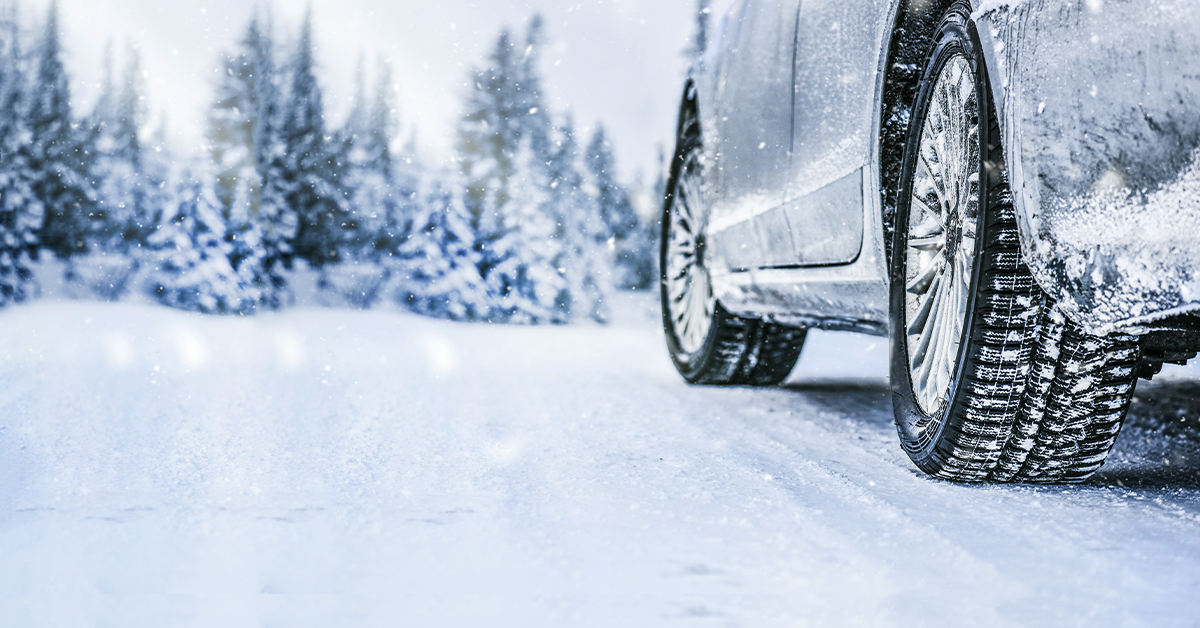 Top 5 Winter Tires of 2020 for Cars and Crossovers Having the right winter tire is fundamental when it comes to making sure your car is ready for the cold, especially the cold Canada brings. Canadian…